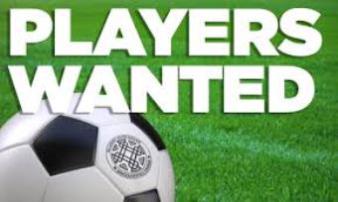 Currently looking for a striker to join the team

Haydock Juniors FC was formed in 1996 by the founders, Graham and Janet Barker and Geoff and Christine Bate, who when looking for a local team for their sons to play in, decided to establish the club.

The parents set up trials for local children to come along and join the team which resulted in the first two teams being created at Under 13 and Under 11 age groups. Both teams joined and played in the St. Helens Junior Football League that season. In addition, to help grow the club, they also set up an Under 8 Mini Football Team. The four founders still remain with and reside on the club committee. Their sons have progressed and now play for Haydock FC in the Warrington and District Football League.

The club has grown since 1996 and now play in the Warrington Junior Football League. We have 15 teams ranging from Under 7 to Under 16 age groups.  The club is affiliated through the adult league as Haydock FC.

Each new season we start an academy team where 6 year olds can come along and join and start to learn and prepare for playing football and become the Under 7 team for the following season in the Warrington Junior Football League.

The Club has been a Charter Standard club since 2006 and have also achieved the Gold Award in the St. Helens District Sports Council Club Accreditation.

We support our coaches and every team has a qualified Level 1 FA Coach who volunteer to train and coach the children and teach them not only soccer skills but how to enjoy the game and play football with a strong focus on enjoyment of the game. Each adult associated with the team has been CRB checked with our clubs Welfare Officer.